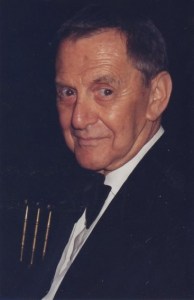 Arthur Leonard Rosenberg of Tulsa, Oklahoma, played Felix Unger on ABC-TV’s The Odd Couple for five years starting in 1970. Jack Klugman played opposite him as Oscar Madison in this series based on Neil Simon’s play of the same name. I photographed this devoted opera lover several times in the ‘70s and ‘80s. After the death of his wife, Tony remarried. He was 75, she was 25, and they had two children. They remained married until his death at 84 in 2004.