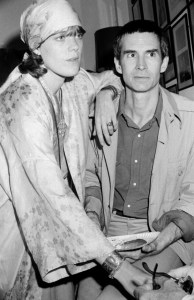 Making his first Broadway appearance in ten years, Tony took on the role of the psychiatrist in the hit play, Equus, at the Plymouth Theater on June 30, 1975. To mark the occasion, producer Kermit Bloomgarden hosted a party at his luxurious Central Park West apartment. Colleagues Tammy Grimes and Maureen Stapleton were there too. Tony was accompanied by his wife, photographer Berry Berenson, who perished at age 53 as a passenger on American Airlines flight 11 that brought down the World Trade Center on September 11, 2001.