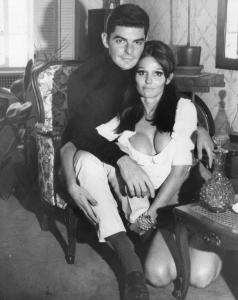 Richard Benjamin and wife Paula Prentiss (real name: Paula Ragusa of San Antonio, Texas) are a longtime acting couple. I visited them in their New York apartment on a December day in 1969 following his adult screen debut in Goodbye, Columbus opposite Ali MacGraw. (As a teenager he did bit parts in movies, such as Thunder over the Plains in 1953. The two costarred in the TV series He and She from 167 to 1970. After they relocated to Beverly Hills, Benjamin began directing, starting with My Favorite Year with Peter O’Toole in 1982.

This entry was posted in Uncategorized.