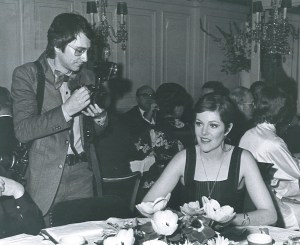 Redgrave returns to the Broadway stage in My Fat Friend at the Brooks Atkinson Theater for the first time since 1967 when she starred in Black Comedy. Following her opening on March 31, 1974, she partied at the tony Colony restaurant with husband John Clark, co-star George Rose, producer James Nederlander, Godfrey Cambridge, Mrs. Martin Luther king Jr., and Mrs. Abraham Beame (her husband the mayor was busy trying to avert a mass transit strike—successfully).