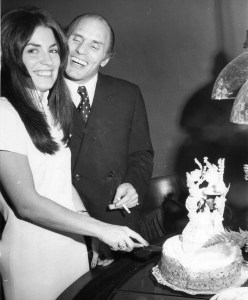 Known as Crazy Joe, the Brooklyn gang leader marries Sina Essary on March 16, 1972, in a private ceremony at the West Side brownstone of Jerry Orbach, with David Steinberg as best man. I was the only journalist invited to join the dozen wedding witnesses at this intimate gathering. Three weeks later I hit a grand slam. Mafioso hit men assassinated Joey while he was celebrating his 43rd birthday with his sister, his bride, her daughter, and a bodyguard during an early breakfast at Umberto’s Clam House in Little Italy. My exclusive pictures made the front page of all three New York newspapers—The New York Times, New York Post and The Daily News.