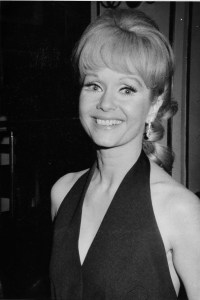 Debbie made her Broadway debut in the musical comedy revival of Irene on March 13, 1973. She proceeded to the cast party at the private club Raffles with her second husband, show magnate Harry Karl, and her two children by Eddie Fisher — Carrie, 16, and Todd, 15. Debbie and Harry divorced later that year. Debbie and Eddie were idolized as America’s Sweethearts until Eddie fell for one of their best friends, Elizabeth Taylor. That was one sizzling romance till Richard Burton came along and broke that up.